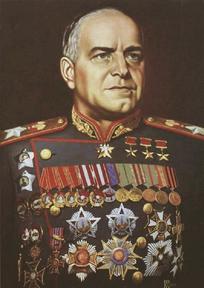 A friend alerted me to this article on cowardice by Chris Walsh:

‘It is not just cowardice that evades our attention. Cowards do, too. Literature gives us striking exemplars on occasion, anti-heroes like Falstaff, but try to think of a famous historical coward and you may find that there is no such thing. The label of coward is nowadays often reserved for our most feared and hated enemies, who carry out deadly violent attacks on civilians. Many called the 9/11 attackers cowards. The Boston Marathon bombers were branded as cowardly, too. More recently, the killing of a soldier guarding the National War Memorial in Ottawa was seen, as one politician put it, as a “cowardly act designed to strike at the very heart of our democracy.” Were these acts cowardly? After 9/11 some commentators who rejected that label, most notably Bill Maher, William Safire and Susan Sontag, were met with outrage. Cowardice is being very clever indeed in such cases. Seeming to appear in plain sight via these spectacular villains, it distracts us from its true self.
Which is what, exactly? As Kierkegaard suggests, cowardice is very shifty, but we can nonetheless settle on a working definition. In some times and places — among some soldiers early in the American Civil War, for example, or in the Japanese Imperial Army during World War II, or in certain warrior tribes and street gangs — cowardice has been equated with simply feeling fear. Usually the picture is more nuanced than that, but we typically judge someone cowardly when his fear is out of proportion to the danger he faces, and when this disproportionate fear leads him to do something he should not, or to fail to do something he should. In military terms — war being the archetypal setting for cowardice, since the stakes are so high and the code of conduct so clear — the coward is a soldier who fails to do his duty because of excessive fear.’

‘But the contempt for cowardice applies far from the field of battle, too. In the new film “Force Majeure,” a Swedish man named Tomas is having lunch with his family on the deck of a ski lodge when he sees an avalanche coming. Rather than leaping to shield his wife and children, he runs away (after grabbing his sunglasses and cellphone). The avalanche, it turns out, was man-made, controlled, harmless. The rest of the movie explores the ruinous aftermath of this episode. Tomas fearfully failed in his duty as father and husband. Now his family may be collapsing under a different sort of avalanche — the shame of cowardice.
That avalanche is not quite as monolithic as it might appear to be. There are wrinkles, paradoxes. It has often been acknowledged that excessive fear of being cowardly can itself be cowardly (the 9/11 attackers may have been cowardly in this way) — and did I say cowardly acts had no element of daring? An 18th-century proverb had it that “every man would be a coward if he durst,” and the Soviet practice of executing deserters during World War II led General Georgy Zhukov to declare that “it takes a brave man to be a coward in the Red Army.”’

I would say that the novel, if we start the history of the novel with Cervantes, as Kundera does, is obsessed with cowardice, and from the perspective of the hero the novel tends to glorify cowards. Think of “Catch-22” or “The Good Soldier Švejk”.

Does our obsession with security reveal a fear that is out of proportion to the danger we face?

I very much believe in these words from the bible: ‘It's better to be a live dog than a dead lion!’