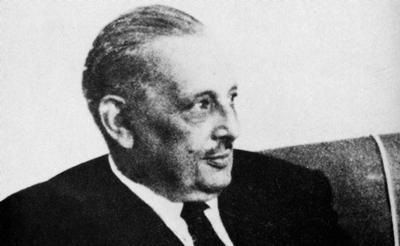 Tim Parks on the question why to read new novels:

“Hasn’t it all been done before? Perhaps better than anyone today could ever do it? If so, why read contemporary novels, especially when so many of the classics are available at knockdown prices and for the most part absolutely free as e-books? I just downloaded for free the original Italian of Ippolito Nievo’s Confessions of an Italian. It’s beautifully written. I’m learning a lot about eighteenth- and nineteenth-century Italy. It’s 860 pages long. A few more finds like that and my reading time will all be accounted for. Why go search out the difficult contemporary author?

As a reviewer of books she would often pan, Virginia Woolf thought one of the pleasures of reading contemporary novels was that they forced you to exercise your judgment. There was no received opinion about a book. You had to decide for yourself whether it was good. The reflection immediately poses an intriguing semantic puzzle; if, on reading a book, you enjoy it, then presumably it is good, at least as far as you are concerned. This is not something you have to “decide.” If you have to decide whether a book is good, does that mean you don’t know whether you enjoyed it or not, an odd state of affairs, or you don’t know whether your enjoyment or lack of enjoyment is an appropriate response?

This sounds rather complicated, yet we know perfectly well what Woolf is talking about. A new kind of book might offer pleasures we haven’t yet learned to enjoy and deny us pleasures we were expecting. Rather than fitting in with something we are long familiar with, it is asking us to change. And how many people are genuinely open to changing their taste? Why should they be? One of the curiosities of Joyce’s Ulysses is how many reviewers and intellectuals changed their positions on the book in the ten years following its publication. Many swung from hating it to admiring it—Jung comes to mind, and the influential Parisian reviewer Louis Gillet, who went from describing it as “indigestible” and “meaningless” to congratulating Joyce on having written the great masterpiece of his time. But many others turned from adulation to suspicion. Samuel Beckett went from believing that Joyce had brought the English language back to life to wondering whether actually he wasn’t simply pursuing the old error, as Beckett had come to see it, of imagining that language could ever evoke lived experience. Faced with something new, we may take a while to arrive at a settled response.”

The settled response, whether it’s classic or not, is often the least interesting response.
But even with contemporary authors, it’s hard to be able to recognize what’s new. There are reviews, opinions of friends, interviews with the author, all helping us to arrive at a settled response. And don’t we need the expert i.e. the reviewer to give us the tools to arrive at this settled response? Perhaps in theory the reviewer invites the reader to think about a book, but in reality the reviewer appears to enjoy the role of general physician: he gives you a prescription and sends you to the pharmacy, or he advises just to stay home; you don’t need this medicine.

“In fact what becomes suspicious in a new novel is when it merely pastiches the effects of past novels, when it takes us back to a past the author doesn’t know except through books, so as to be able to repeat the pleasures of the books of the time. Which never are quite repeated. The pleasure of reading Nievo has to do with the fact that he really was in the fray of the Risorgimento and seeking to establish a position that made sense in the changed world he lived in. That gives the book its immediacy. To read Tomasi di Lampedusa’s The Leopard, written in the 1950s, is to read a charming and effective pastiche. It seems to spring mainly from the author’s determination to write a stylish and sophisticated novel, imagining the upheavals of the Risorgimento safe in the knowledge of hindsight, safe in the knowledge of how good traditional novels are written.”

I would argue that most novels pastiche the effects of past novels, if not they would not be recognized as literature.

The question remains how to renew the tradition. But alas, we live in a time where consolidation appears to be more important than renewal. This will change as well. When the war zones come closer to the West, the mere consolidation of tradition will be more and more perceived as escapism.