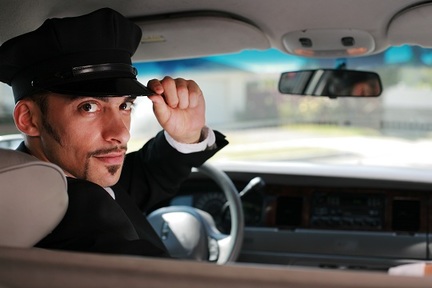 And here’s something about Uber.

‘Call it Uber Angst.
This is a new quandary faced by customers reliant on Uber’s on-demand taxi app but unsettled about supporting a company whose attitudes toward privacy and women have been making headlines.
Margit Detweiler, founder of the website TueNight.com, is among those wondering what to do.
Last week, she was late for a conference and needed a ride, quickly. “I was faced with a moral dilemma,” she said.
The desire for punctuality won out, and she ordered a car from her Uber app. When she arrived at the conference, a friend sheepishly confessed to her that she, too, had used Uber to get there on time. “We thought we should tweet, ‘We have ‘Uber Shame,’ ” Ms. Detweiler said.’

‘Some customers, now former customers, are not appeased. Imran Malek, an engineer at DataXu in Boston, deleted his Uber app, he said, after days “of my finger hovering over the delete button.” He used Uber as much as seven times a week, he said. But he said it bothered him that Uber did not more severely censure Mr. Michael for his comments, specifically those related to the tech journalist Sarah Lacy, who has criticized Uber’s culture for being hostile to women.
To him, it signals a winner-takes-all culture that justifies any behavior so long as everyone is getting rich. “If investors choose to value you for billions, you are untouchable,” Mr. Malek said.
Lisa Abeyta, the founder of a tech company in Albuquerque, has been a devoted fan of Uber for more than a year. She found the app easy to use when traveling in cities like New York and Los Angeles.
Ms. Abeyta said she felt actual pride in being an Uber customer, particularly after meeting a driver in Los Angeles who told her he was able to buy a house because of the income he generated via Uber. “We had this feeling we were empowering people,” she said.
But after learning of Mr. Michael’s comments, Ms. Abeyta snapped. She not only deleted the app from her smartphone, but she sent emails to the company demanding that Uber remove her account completely.’

Read the article by Laura M. Holson in the Times here.

I have to admit that I still use Uber frequently. Most drivers appear to be knowledgeable, friendly and sometimes they are even helpful.

A couple of weeks ago I read in a German newspaper that the founders of Tinder are slightly sexist. So I deleted Tinder, but I kept Uber. Granted, I need Uber more than I need Tinder, but still I attempted to make the world a better place.

And I’m ready to delete more apps if this will make mankind happier -- if deleting the apps doesn't interfere too much with our basic needs, needless to say.