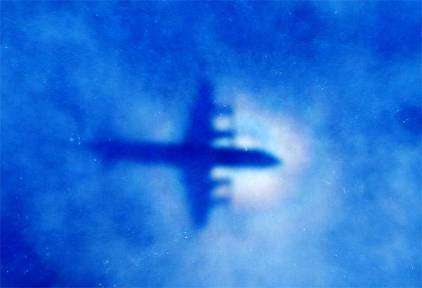 And now something about mystery planes – Ha'aretz reports:

“The airplane parked in a side lot at Ben-Gurion International Airport for the past several months does not attract any particular attention. But the plane, which bears a foreign flag on one side, is one of the more interesting of the hundreds of aircraft that take off and land at the airport every week.
A Haaretz analysis of publicly available online flight data indicates that this civilian plane follows what appears to be a permanent flight path between Ben-Gurion Airport and an airport in a Gulf state.
Israel’s relations with the Gulf states are extremely sensitive, however, and the flights are indirect because Israel does not have official diplomatic relations with the country in question.
The flight data indicate that after taking off from Ben-Gurion, the plane spends a few days in the Gulf state in question and then returns to Israel. There have been several flights between Israel and the Gulf state recently.
It remains unclear who or what is using the route, and whether that entity is Israeli. What is clear is that the Israel-Gulf route is being kept extremely low-profile.”

“Many Israeli businesspeople work quietly in the Gulf, though Israeli business activity there has decreased since the 2010 assassination of senior Hamas official Mahmoud al-Mabhouh in Dubai, which has been attributed to the Mossad.
The French journal Intelligence Online reported in January 2012 that Zurich-based AGT International, a safety and security solutions provider whose founder and CEO is Israeli businessman Mati Kochavi, had sold $800 million worth of security equipment to protect oil facilities in the Gulf.”

The Gulf States, Saudi-Arabia and Israel have at least one enemy in common: Iran. It’s a fair bet that cooperation between Israel and some Gulf states (UAE for example) is much closer, probably also on a military level, than is acknowledged.

But it's also good to keep in mind that military censorship in Israel allowed Ha'aretz to publish this article.