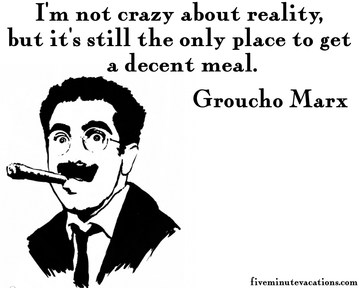 This is not Slavoj Žižek’s best piece, and I disagree with his conclusion but some observations are to the point:

‘This is why I also find insufficient calls for moderation along the lines of Simon Jenkins's claim (in The Guardian on January 7) that our task is “not to overreact, not to over-publicise the aftermath. It is to treat each event as a passing accident of horror” – the attack on Charlie Hebdo was not a mere “passing accident of horror”. it followed a precise religious and political agenda and was as such clearly part of a much larger pattern. Of course we should not overreact, if by this is meant succumbing to blind Islamophobia – but we should ruthlessly analyse this pattern.
What is much more needed than the demonisation of the terrorists into heroic suicidal fanatics is a debunking of this demonic myth. Long ago Friedrich Nietzsche perceived how Western civilisation was moving in the direction of the Last Man, an apathetic creature with no great passion or commitment. Unable to dream, tired of life, he takes no risks, seeking only comfort and security, an expression of tolerance with one another: “A little poison now and then: that makes for pleasant dreams. And much poison at the end, for a pleasant death. They have their little pleasures for the day, and their little pleasures for the night, but they have a regard for health. ‘We have discovered happiness,’ - say the Last Men, and they blink.”’

‘However, do the terrorist fundamentalists really fit this description? What they obviously lack is a feature that is easy to discern in all authentic fundamentalists, from Tibetan Buddhists to the Amish in the US: the absence of resentment and envy, the deep indifference towards the non-believers’ way of life. If today’s so-called fundamentalists really believe they have found their way to Truth, why should they feel threatened by non-believers, why should they envy them? When a Buddhist encounters a Western hedonist, he hardly condemns. He just benevolently notes that the hedonist’s search for happiness is self-defeating. In contrast to true fundamentalists, the terrorist pseudo-fundamentalists are deeply bothered, intrigued, fascinated, by the sinful life of the non-believers. One can feel that, in fighting the sinful other, they are fighting their own temptation.’

Žižek is making an important point here, of course they want to be sinners, and probably they were sinners and they are longing for a decent brothel more than anything else. More sex and consumerism are the best weapons against religious extremism.

But then Žižek writes:

‘So what about the core values of liberalism: freedom, equality, etc.? The paradox is that liberalism itself is not strong enough to save them against the fundamentalist onslaught. Fundamentalism is a reaction – a false, mystifying, reaction, of course - against a real flaw of liberalism, and this is why it is again and again generated by liberalism. Left to itself, liberalism will slowly undermine itself – the only thing that can save its core values is a renewed Left. In order for this key legacy to survive, liberalism needs the brotherly help of the radical Left. THIS is the only way to defeat fundamentalism, to sweep the ground under its feet.’

Ah, we Europeans and Americans can remain or become liberal, but the Arabs need to exchange Allah for Marx.

But with our help they went from Marxism to Islamism already.

We need to sing the praise of Nietzsche’s Last Man, we need to better understand these words by Yeats:

“The best lack all conviction, while the worst are full of passionate intensity.”

Grouch Marx said more or less the same: “Those are my principles. If you don't like them, I have others.”

So, we should bring Grouch Marx to the Middle East and to our hearts and the hearts of our enemies and the bodies of our mistresses and lovers.

Please, join me in this endeavor.

We are all Groucho Marxists.