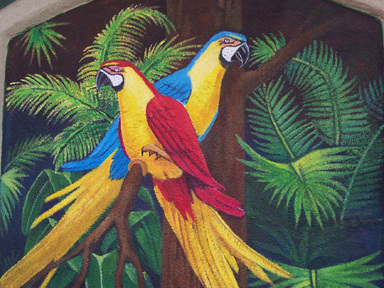 While waiting for departure to the mines (Ghana is waiting, but then again what isn’t waiting except writing maybe) I noticed that The New York Times published an interesting article on the emigration debate in the US: ‘Late last spring, Republicans in this West Texas oil town called for a boycott of Doña Anita’s Mexican restaurant, a retaliatory step against its owner, Luz Reyes, for closing shop and showing up at a rally against proposed new penalties for illegal immigrants.
But President Bush’s three best friends here defied the boycott and went to the restaurant, Mr. Bush’s favorite when he lived here, regardless. One of them, the president’s close confidant and former commerce secretary, Donald L. Evans, told Ms. Reyes: “Luz, you didn’t do anything wrong. We love you.” The hometown divide helps to shed light on a broader rift, as Mr. Bush and like-minded Republicans engage in an unusually contentious fight with the rest of their party in the national debate over immigration.
Mr. Bush has pursued a goal of providing citizenship for the millions of illegal immigrants with rare attacks on his conservative supporters, who have derided his approach as tantamount to amnesty. There are various political motivations for Mr. Bush to push for his plan, including the rapid growth in the nation’s Hispanic population, a voting group that he has long considered to be potentially Republican.’