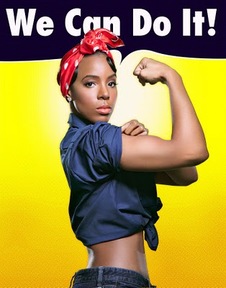 A friend alerted me to this column by Timothy Egan:

‘And in our own country, which once criminalized the poems of Allen Ginsberg, the novels of Henry Miller and the sensible sex advice of Dr. Stopes, Mike Huckabee has attacked the Obamas’ parenting because they allow their children to listen to Beyoncé. The singer’s lyrics are “toxic mental poison,” he said. This is very curious, even for Huckabee, who has made millions promoting himself as a victimized rube. Huckabee has performed, with Ted Nugent, the song “Cat Scratch Fever.” In his world, it’s O.K. for a middle-aged man to crow about pubescent promiscuity, but not a young woman.
Sex is at the root of most free speech fights. Whatever it is that incites lust, it also incites the censorious. Religion is not far behind. You could argue that the two are twined, and it would be hard to rebut. The simple genius of the First Amendment ties free speech to protection from a state religion — in the same sentence. There could be no real free expression, the American founders recognized, in a nation with a state-sanctioned religion.’