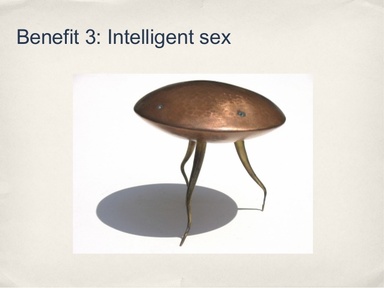 In preparation for a play about the future of sex a theater company asked me to hold meetings with sexually active or inactive citizens who are willing to talk about the future of sex.
Tonight was the first meeting in a library in Rotterdam.
What surprised me was that many of the participants stressed the distinction between beauty and sexiness. A woman in her thirties said: “I fantasize always about older, ugly men. Like the former PM of the Netherlands, Balkenende.” And a man said: “The uglier porn is the better it is. I like to see the pimples on the buttocks of the actors and actresses.”

This point appears to me important: no lust without disgust. Disgust is the most fertile ground for lust.

It makes sense for men to approach women with this question: “Am I ugly enough for you?”