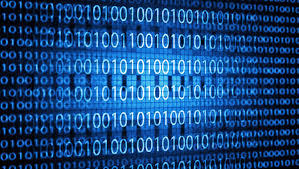 A friend alerted me to this interview with Evgeny Morozov:

“You think the fundamental choice is between two different kinds of ‘big data’ world—one run by private companies such as Google and Facebook, the other by something like the state? I’m not saying that the system should be run by the state. But you would have at least to pass some sort of legislation to change the status of data, and you would need the state to enforce it. Certainly, the less the state is involved otherwise, the better. I’m not saying that there should be a Stasi-like operation soaking up everyone’s data. The radical left notion of the commons probably has something to contribute here. There are ways you can spell out a structure for this data storage, data ownership, data sharing, that will not just default to a centrally planned and run repository. When it’s owned by citizens, it doesn’t necessarily have to be run by the state.
So I don’t think that those are the two only options. Another idea has been to break up the monopoly of Google and Facebook by giving citizens ownership of their data, but without changing their fundamental legal status. So you treat information about individuals as a commodity that they can sell. That’s Jaron Lanier’s model. [7] But if you turn data into a money-printing machine for citizens, whereby we all become entrepreneurs, that will extend the financialization of everyday life to the most extreme level, driving people to obsess about monetizing their thoughts, emotions, facts, ideas—because they know that, if these can only be articulated, perhaps they will find a buyer on the open market. This would produce a human landscape worse even than the current neoliberal subjectivity. I think there are only three options. We can keep these things as they are, with Google and Facebook centralizing everything and collecting all the data, on the grounds that they have the best algorithms and generate the best predictions, and so on. We can change the status of data to let citizens own and sell them. Or citizens can own their own data but not sell them, to enable a more communal planning of their lives. That’s the option I prefer."

As one of my guest lecturers said: “We are not buying products, we are the product.”

It all depends on how you define “data” (after all, we are not allowed to sell our kidneys and probably we should not be allowed to sell our kidneys) but is an autobiographical novel radically different from “data”? Doesn’t the prohibition of selling your data interfere with our freedom? Would we be able to exchange data? I’ll give you my data, if you give me your data? Or is marriage a prerequisite for that in Morozov’s better world?

Morozov hints also at an accurate and new description of hysteria -- the attempt to sell your emotions on the open market.