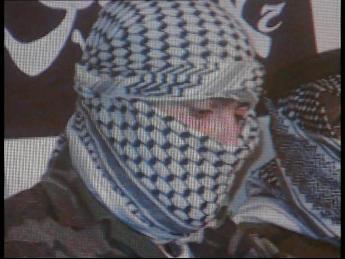 Debka: 'In a statement emailed to AFP Tuesday, June 26, the Palestinian radicals demand that Jordan release the Iraqi woman, Sajida al-Rishawi, who was sentenced to death over triple hotel attacks in Amman that killed 60 people in 2005; Abu Mohammed al-Maqdissi, also held in Jordan since then; and the radical Palestinian-born cleric Abu Qatada, reputed former al Qaeda spiritual leader in Europe, who is held in Britain.
DEBKAfile reports the threat was prompted by Hamas Executive Force’s abduction earlier Tuesday of Musab Durmush, a kinsman of Mumtaz Durmush, chief of the al-Qaeda linked Army of Islam, and his bodyguard Mahmoud al-Katib. The message the group realized – “There will be no compromise, he will either stay in captivity for 1,000 years or be slaughtered like a lamb" means that Johnston’s life will be forfeit unless Hamas frees the Durmush captive.'