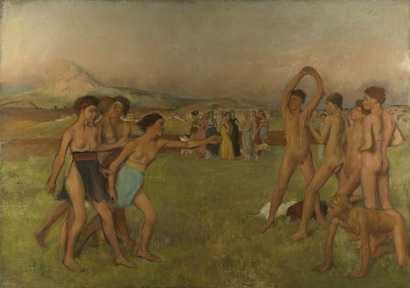 A friend alerted me to this article by Slavoj Žižek, it’s worth reading, especially the first half:

“The formula of pathetic identification ‘I am …’ (or ‘We are all …’) only functions within certain limits, beyond which it turns into obscenity. We can proclaim ‘Je suis Charlie,’ but things start to crumble with examples like ‘We all live in Sarajevo!’ or ‘We are all in Gaza!’ The brutal fact that we are not all in Sarajevo or Gaza is too strong to be covered up by a pathetic identification. Such identification becomes obscene in the case of Muselmänner, the living dead in Auschwitz. It is not possible to say: ‘We are all Muselmänner!’ In Auschwitz, the dehumanisation of victims went so far that identifying with them in any meaningful sense is impossible. (And, in the opposite direction, it would also be ridiculous to declare solidarity with the victims of 9/11 by claiming ‘We are all New Yorkers!’ Millions would say: ‘Yes, we would love to be New Yorkers, give us a visa!’)
The same goes for the killings last month: it was relatively easy to identify with the Charlie Hebdo journalists, but it would have been much more difficult to announce: ‘We are all from Baga!’ (For those who don’t know: Baga is a small town in the north-east of Nigeria where Boko Haram executed two thousand people.) The name ‘Boko Haram’ can be roughly translated as ‘Western education is forbidden,’ specifically the education of women. How to account for the weird fact of a massive sociopolitical movement whose main aim is the hierarchic regulation of the relationship between the sexes? Why do Muslims who were undoubtedly exposed to exploitation, domination and other destructive and humiliating aspects of colonialism, target in their response the best part (for us, at least) of the Western legacy, our egalitarianism and personal freedoms, including the freedom to mock all authorities? One answer is that their target is well chosen: the liberal West is so unbearable because it not only practises exploitation and violent domination, but presents this brutal reality in the guise of its opposite: freedom, equality and democracy.”

Yes, there is something rotten in the liberal west. Some people argue that we could not say that because we would strengthen our enemies, which is just another way of giving up on enlightened ambitions for our societies. Others say that speaking out loud about what is rotten in the liberal west is just proof of self-hatred. Which is an obvious attempt to silence dissent; self-hatred is a more logical and defendable emotion than pride.

‘The ecstatic moments of the Paris demonstrations were a triumph of ideology: they united the people against an enemy whose fascinating presence momentarily obliterates all antagonisms. The public was offered a depressing choice: you are either a flic or a terrorist. But how does the irreverent humour of Charlie Hebdo fit in? To answer this question, we need to bear in mind the interconnection between the Decalogue and human rights, which, as Kenneth Reinhard and Julia Reinhard Lupton have argued, are ultimately rights to violate the Ten Commandments. The right to privacy is a right to commit adultery. The right to own property is a right to steal (to exploit others). The right to freedom of expression is a right to bear false witness. The right to bear arms is a right to kill. The right to freedom of religious belief is a right to worship false gods. Of course, human rights do not directly condone the violation of the Commandments, but they keep open a marginal grey zone that is supposed to be out of the reach of (religious or secular) power. In this shady zone I can violate the commandments, and if the power probes into it, catching me with my pants down, I can cry: ‘Assault on my basic human rights!’ The point is that it is structurally impossible, for the power, to draw a clear line of separation and prevent only the misuse of a human right without infringing on its proper use, i.e. the use that does not violate the Commandments.

It is in this grey zone that the brutal humour of Charlie Hebdo belongs. The magazine began in 1970 as a successor to Hara-Kiri, a magazine banned for mocking the death of General de Gaulle. After an early reader’s letter accused Hara-Kiri of being ‘dumb and nasty’ (‘bête et méchant’), the phrase was adopted as the magazine’s official slogan and made it into everyday language. It would have been more appropriate for the thousands marching in Paris to proclaim ‘Je suis bête et méchant’ than the flat Je suis Charlie.’ Refreshing as it could be in some situations, Charlie Hebdo’s ‘bête et méchant’ stance is constrained by the fact that laughter is not in itself liberating, but deeply ambiguous. In the popular view of Ancient Greece, there is a contrast between the solemn aristocratic Spartans and the merry democratic Athenians. But the Spartans, who prided themselves on their severity, placed laughter at the centre of their ideology and practice: they recognised communal laughter as a power that helped to increase the glory of the state. Spartan laughter – the brutal mockery of a humiliated enemy or slave, making fun of their fear and pain from a position of power – found an echo in Stalin’s speeches, when he scoffed at the panic and confusion of ‘traitors’, and survives today. (Incidentally, it is to be distinguished from another kind of laughter of those in power, the cynical derision that shows they don’t take their own ideology seriously.) The problem with Charlie Hebdo’s humour is not that it went too far in its irreverence, but that it was a harmless excess perfectly fitting the hegemonic cynical functioning of ideology in our societies. It posed no threat whatsoever to those in power; it merely made their exercise of power more tolerable.’

This is an extremely important point: human rights are ultimately the rights to violate the Commandments. The grey zone is the zone that protects us, or that should protect us against an all too powerful state or an all too powerful (state) religion. In order to protect the grey zone we don’t need more morality, we need less. Hell is other people? Hell is other people’s judgment.

And also: laughter is not always liberating, laughter should contain a hint of self-mockery. If you laugh just because you are mocking the other laughing becomes an extension of ideology, instead of the short-lived but overwhelming sense that everything is ambiguous, which is one of the pillars of laughter.