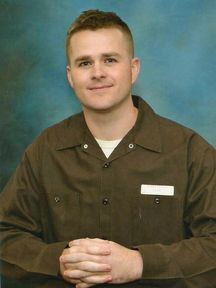 Tuesday night after having seen “Platoon” members of the audience in a movie theater in The Hague insisted that a lot has changed since Vietnam. But this excellent story in the NYT by Dave Phillips about Afghanistan and the grey zone between bringing back your men home safely and war crimes suggests otherwise:

‘Mr. Lorance is barred by the Army from speaking to reporters. But he denied any wrongdoing in an August 2014 letter to the general presiding over his court-martial, saying, “My sole purpose during my tenure as a platoon leader was to bring my men home safely.” The events of that day continue to haunt many members of the platoon. Some, stalked by anger and regret, say they have trouble sleeping. One cried while talking about how the episode tore apart the platoon. One recently checked into a clinic for post-traumatic stress disorder, saying the calls to free Mr. Lorance had revived disturbing memories.
In 2012, the platoon — part of the Fourth Squadron, 73rd Cavalry Regiment — was based in an outpost overlooking a mud-brick village amid fields of grapes in Kandahar Province.
The region is a Taliban stronghold, and four months into the deployment, four men in the unit were severely wounded, including the original lieutenant. Lieutenant Lorance, a 28-year-old with no combat experience, was sent as a replacement.
Mr. Lorance enlisted in the Army in 2002, became a military police officer and did tours in South Korea as a traffic officer and in Iraq guarding detainees before being commissioned as a lieutenant in 2010.
Anna Lorance, his mother, said he was a thoughtful and generous child growing up in rural Texas. After joining the Army at 18, he sent $250 a month to his grandmother.
“He has always put everything he has into helping and protecting people,” she said.
Soldiers who served with him before Afghanistan described him as a top performer.
He “always expected the right thing to be done and the mission to be complete,” Joshua Campbell, who served with Mr. Lorance in Iraq, said in an email.
But soldiers in Afghanistan said Lieutenant Lorance had arrived at their outpost seemingly set on harsh tactics to subdue local insurgents.
“He looks like the all-American sweetheart when you meet him,” Sergeant Williams said in an interview. “But he was just so aggressive. One of the first things he said to us was, we are going to go in Gestapo-style with night raids, pull people out of houses, make them afraid of us.” The afternoon he arrived, Lieutenant Lorance ordered one of the team’s sharpshooters to fire into the village from the outpost, with the shots hitting inches from civilians, according to trial records. In one case, he ordered the sharpshooter to toy with a man by firing near his head and both shoulders to box him in.
Lieutenant Lorance then ordered the sharpshooter to aim near children and women in a grape field next to the outpost. The sharpshooter, Specialist Matthew Rush, refused.
“I said, ‘You know, they’re kids,’ ” Specialist Rush testified at the court-martial.
Lieutenant Lorance told the soldiers the next morning that the Army’s rules of engagement, governing when they could use deadly force, had changed and that they were now allowed to fire on any motorcycle they saw. Soldiers testified that they were shocked but did not argue.
At the trial, Army prosecutors showed that the rules had not changed — a fact they suggested Lieutenant Lorance would have known.’

This incident – shooting civilians who pose no threat whatsoever to the soldiers – must have happened often more often in Afghanistan.

So why is lieutenant Lorance one of the few US soldiers who was convicted for crimes in combat during the last decade? On how many toes did he step? Or was he just out of luck? I’m not saying that he didn’t deserve to be court-martialed, but it would be interesting to investigate more thoroughly why his platoon (and his superiors probably) hated him so much?