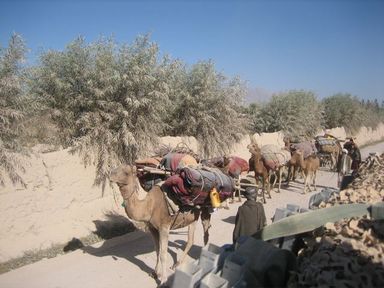 On killing, Timothy Kudo in NYT:

“I spent every day of my seven-month deployment in Afghanistan trying to figure out how to kill the Taliban commander in my area. He lived and operated to our north and every day would send his soldiers down to plant bombs, terrorize the villages and wrestle with us for control of the area. Our mission was to secure the villages and provide economic and political development, but that was slow work with intangible results. Killing the Taliban commander would be an objective measure of success.
I never killed him. Instead, each day we would kill his soldiers or his soldiers would kill our Marines. The longer I lived among the Afghans, the more I realized that neither the Taliban nor we were fighting for the reasons I expected. Despite the rhetoric I internalized from the newspapers back home about why we were in Afghanistan, I ended up fighting for different reasons once I got on the ground — a mix of loyalty to my Marines, habit and the urge to survive.”

“I could look you in the eye and tell you I’m sure that the two men we killed right after our Marine died were planting a bomb. I remember watching the drone surveillance video as they dug and appeared to drop an explosive device by the side of the road. At the same time, doubt creeps in. The emotions surrounding loss and revenge can distort reality. Maybe it’s too convenient to believe that after losing our first Marine we just happened to find a couple of members of the Taliban planting a bomb. The fog of war doesn’t just limit what you can know; it creates doubt about everything you’re certain that you know.
The madness of war is that while this system is in place to kill people, it may actually be necessary for the greater good. We live in a dangerous world where killing and torture exist and where the persecution of the weak by the powerful is closer to the norm than the civil society where we get our Starbucks. Ensuring our own safety and the defense of a peaceful world may require training boys and girls to kill, creating technology that allows us to destroy anyone on the planet instantly, dehumanizing large segments of the global population and then claiming there is a moral sanctity in killing. To fathom this system and accept its use for the greater good is to understand that we still live in a state of nature.”

“I don’t blame Presidents George W. Bush or Barack Obama for these wars. Our elected leaders, after all, are just following orders, no different from the Marine who asks if he can kill a man digging by the side of the road.”

The differences between Vietnam and Afghanistan or Iraq are smaller than people may think. (See here.)