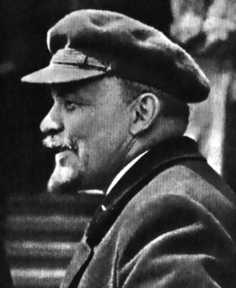 ‘Among the many questions surrounding the murder of Russian politician and liberal activist Boris Nemtsov on Friday evening, one of the most troubling is the location of the crime itself. Not only was he very close to the Kremlin when he was shot dead on Bol’shoi Moskvoretsky Bridge. He was also in an area that was under the intense surveillance—both with cameras and physical patrols—of the Federal Protection Service (FSO), a security agency that since 1996 has been under the direct control of the Russian president. When Vladimir Putin became president in 2000, he made Evgenii Murov, a trusted ally from the St. Petersburg security services, the director of the FSO. It is very powerful, with 20,000 troops and the authority to conduct searches and surveillance without warrants; among other things it operates a secure communications system for senior Kremlin officials.
Before the murder Nemtsov had dinner at a restaurant on Red Square, just minutes from the bridge, with a female companion (who was with him when he was shot and survived the shooting unscathed). It would have been impossible to know beforehand when they would leave the restaurant and where they would go next, without tapping into Nemtsov’s cell phone or lingering in the area waiting for them, which would have immediately attracted the attention of the ubiquitous surveillance cameras. (And of course Nemtsov, as a major opposition figure with a history of antagonizing the government, was likely under surveillance himself.) The killers were highly professional, judging from the accurate shots in Nemtsov’s heart, lungs, and head. They must have been confident of their impunity to act so boldly. The newspaper Kommersant has reported that the video surveillance cameras were not operating at the place of the shooting. They were allegedly {“under repair.”](http://www.kommersant.ru/doc/2678356)
Nor does one have to look very hard to find a motive. Few critics of the Kremlin were as fearless and outspoken as Nemtsov. For years, Nemtsov has been compiling reports that meticulously document Putin’s abuse of power and widespread corruption in the government. In his 2008 report, cowritten with Vladimir Milov, Putin. Itogi. Nezavisimyi Ekspertnyi Doklad (Putin: The Results: An Independent Expert Report), he wrote: Assets are being removed from state ownership and handed over to the control of private people, property is being purchased with state money back from the oligarchs at stunning prices, a friends-of-Putin oil export monopoly is being created, and a Kremlin “black safe” [slush fund] is being funded. This is a brief outline of the criminal system of government that has taken shape under Putin.
Writing about the report in The New York Review at the time, I asked Nemtsov’s coauthor Milov if he and Nemtsov worried for their safety, in view of what had happened to Anna Politskovkaya and other political activists: He said with a laugh that if anything bad happened to him or Nemtsov, it would be a “huge advertisement” for the book and attract Russian readers, who know nothing about it.
Nemtsov was well known for expressing his contempt for Putin publicly, sometimes with more than a tinge of sarcasm. In one interview two years ago, Nemtsov, who was a large and very physically fit man, joked about Putin’s small stature and remarked that “all Russia’s fierce tyrants have been small—Ivan the Terrible, Lenin, Stalin.”’

Compared to the jihadists who killed satirists and cartoonists and by doing so advertise the satire they wanted to kill, the Russian state – if we take it for granted that the state was behind this killing – is a much more effective killer. For one, because they deny responsibility – and they are professionals, they don’t kill for pleasure, they kill because they must.