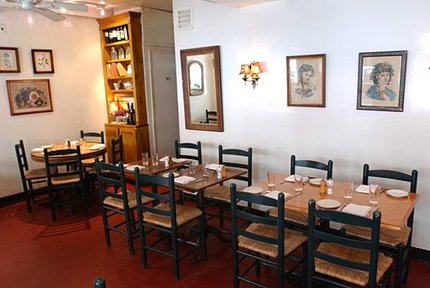 Restaurant Table d’Hote on 92nd and Madison has been around for at least twenty years. Sometimes I go there before French class. The restaurant is small and there is only one waiter who is bother peculiar, charming, a tad clumsy and feisty. The first time I met this waiter his feistiness was his most obvious characteristic, but slowly he became mellow.
Today he said: “The pear tart is excellent.”
“I take the pear tart,” I answered.
I got something that resembled a cheesecake, although there were two tiny slices of pear on the plate. But it doesn’t matter, he is more than a waiter, he is a personality, if he calls a cheesecake pear tart he must have his reasons.
A good waiter is like God, to question his wisdom is just mundane; the good waiter knows what’s good for you.