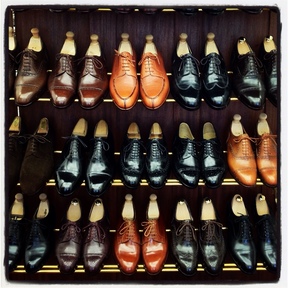 “Happy New Year, you freak,” the cobbler said. He had seen me at the end of January, but he is not the youngest anymore, he is entitled to forgetfulness and he is an excellent cobbler.
It was the first time he called me a freak, but he had told me before: “If you turn gay I’ll shoot you.”
“Where is your wife?” he asked.
“Abroad,” I said, “I’ll bring her next time.” You don’t want to provoke your cobbler more than strictly necessary.
“I’ll shoot you,” he said, “keep that in mind.” That was his way of saying good-bye.
We need more cobblers like him.