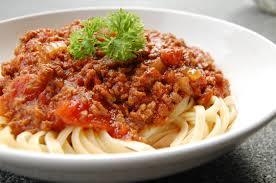 A couple, clearly under the influence, was having dinner in Sant Ambroeus. There were not too many people left in the restaurant.
The woman stared at me and then she shouted: “Are you the CEO of…”
I couldn’t hear the name of the company, it sounded like Bloomberg, but it could have been Bromberg as well. The woman was having problems articulating.
“No,” I said.
“But you are in finance?”
“No,” I said.
The woman was really shouting, all the other guests in the restaurant were looking at this woman and me. Her significant other or her lover was playing with his phone.
“You are not in finance? Are you in technology?”
“No.”
“What’s wrong with my intuition. How is your pasta?”
“Good.”
“My spaghetti was too salty.” Then she said to her lover or her significant other: ‘He is not in finance; he is not in technology. What’s wrong with my intuition?”
“Shut up,” he said.
After that she never spoke to me again.