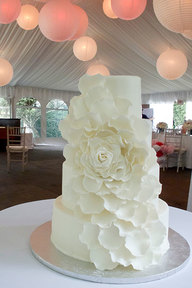 David Brooks on an important question:

“This deviation seems unwise both as a matter of pragmatics and as a matter of principle. In the first place, if there is no attempt to balance religious liberty and civil rights, the cause of gay rights will be associated with coercion, not liberation. Some people have lost their jobs for expressing opposition to gay marriage. There are too many stories like the Oregon bakery that may have to pay a $150,000 fine because it preferred not to bake a wedding cake for a same-sex ceremony. A movement that stands for tolerance does not want to be on the side of a government that compels a photographer who is an evangelical Christian to shoot a same-sex wedding that he would rather avoid.”

Should it be within the realm of our civil liberties to say that we don’t bake cakes for same-sex marriages? Or is this just plain discrimination? Government can go too far in fighting injustices, so much is clear.
But the main lesson in this example is that a baker should be mainly interested in selling his pastries, his wedding cakes and his croissants. His main principle should be to bake excellent wedding cakes and to maximize his profit in a more or less human manner.
This particular baker had more principles than he needed. Whether this justifies (the threat of) a $150.000 fine is a different discussion.