Too tired to lose 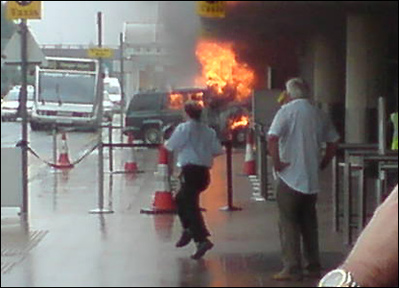 Shortly after arrival in New York I called my car service and went to Brooklyn to experience another night of poker. Unfortunately I was too tired to lose more than hundred dollars.
Of course the fact that the British authorities raised the level of alert to “critical” was briefly discussed.
Sometimes it seems that terrorists, whoever they are, give meaning to our lives. The former Israeli prime minister Barak commented during a wave of suicide attacks that still more people died in Israel because of car accidents than because of terrorism. This is called an inconvenient truth.
Well at least the enhanced security measures have one positive side effect. Unemployment is down among fairly uneducated workers.
From an economical point of view the fight against terrorism cannot stop, because then we are forced to close a whole industry.