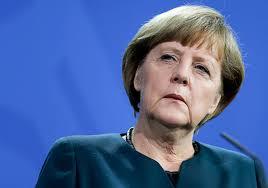 Stratfor on Greece and Germany:

“On Monday morning, after 14 hours of talks, the two sides committed to a deal. Tsipras submitted to the Carthaginian peace and set off for Greece wondering how he was going to sell it to his people. In fact, there is a high possibility that it will be impossible to sell. The Greek people may look at the terms of remaining with the eurozone and rebel against it, postponing a Grexit by a matter of weeks rather than averting it. Alternatively, the Greeks may be as exhausted as Tsipras, and the rebellion may be delayed until a later stage, with the crushing terms merely eroding Europe's popularity for now. Either way, a momentous line was crossed over the weekend as Germany recognized that monetary union should not be preserved at all costs and that, in fact, there are many worse things that can happen than a Grexit.”

Basically this analysis confirms what Varoufakis wrote on Friday in The Guardian, that Greece needed to be punished not because of its own "sins", but because certain powers in Germany wanted to make sure that other countries in the Eurozone would never dare to ask for debt forgiveness.

We saw a paradigm shift in Germany. Europeans are not the euro, as Merkel famously declared; Europeans are bookkeepers and errand boys.