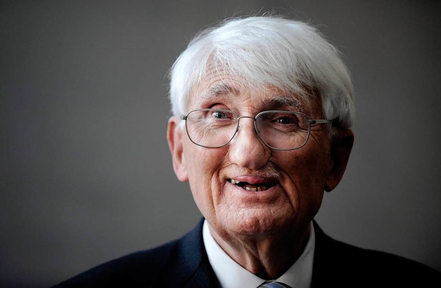 Habermas on Germany and Greece:

“Thirdly, the outcome means that a helpless European Council is effectively declaring itself politically bankrupt: the de facto relegation of a member state to the status of a protectorate openly contradicts the democratic principles of the European Union. Finally, the outcome is disgraceful because forcing the Greek government to agree to an economically questionable, predominantly symbolic privatisation fund cannot be understood as anything other than an act of punishment against a left-wing government. It’s hard to see how more damage could be done.

And yet the German government did just this when finance minister Schaeuble threatened Greek exit from the euro, thus unashamedly revealing itself as Europe’s chief disciplinarian. The German government thereby made for the first time a manifest claim for German hegemony in Europe – this, at any rate, is how things are perceived in the rest of Europe, and this perception defines the reality that counts. I fear that the German government, including its social democratic faction, have gambled away in one night all the political capital that a better Germany had accumulated in half a century – and by “better” I mean a Germany characterised by greater political sensitivity and a post-national mentality.”

I agree mostly with this analysis, and therefore the only reasonable conclusion is that World War II finally ended, at least in Germany, on let’s say, July 12, 2015.

We will see in what direction Germany’s new national mentality is going to move.