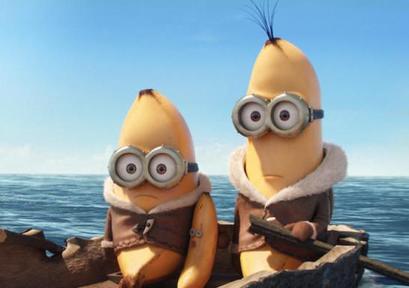 ‘Soon enough, though, the minions end up unhappy together in a cave because, as the narrator (Geoffrey Rush) explains, “without a master they had no purpose.” Marxists and parents may raise some bushy eyebrows in protest, but the movie’s ideological underpinning and its master-slave dynamic are so self-consciously incoherent that outrage feels beside the point (or just pointless).’

Manohla Dargis in NYT on the “Minions”.

My godson wanted to see this movie for his birthday, so I joined him.

I fell asleep for about ten minutes, but the rest of the time I noted that the absence of any moral lesson in the “Minions” was rather refreshing.