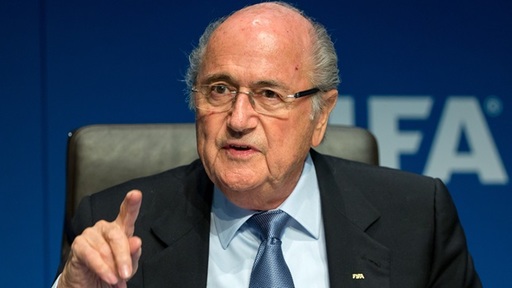 Andrew E. Kramer in the NYT:

"Mr. Putin likes to throw in a few surprises on these occasions, as he did two years ago by announcing the release of the imprisoned oil tycoon, Mikhail B. Khodorkovsky. This year, he rose to the defense of Sepp Blatter, the embattled president of soccer’s world governing body, FIFA, who is under criminal investigation for corruption, saying Mr. Blatter should be awarded the Nobel Peace Prize."