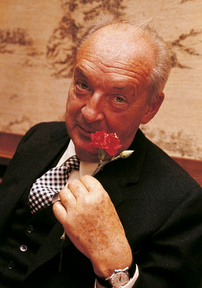 Brian Boyd, Nabokov expert, replies in The New York Review of Books to a review by Stacy Schiff of Letters to Véra:

‘In Véra, Schiff, not knowing the evidence, and guessing wrongly, dated that first letter to Véra to May 1923, two days after Nabokov’s last letter to a fiancée, Svetlana Siewert, whose parents had in January broken off her engagement with him. Schiff’s dating implies that Véra wrote to Nabokov, rather pushily, at least three times within three weeks of meeting him, and that Nabokov wrote a last loving letter to Svetlana and, rather creepily, only two days later wrote a first loving letter to Véra.
Instead the actual sequence shows: Nabokov’s farewell letter to Svetlana, three weeks after meeting Véra; his poem of probing invitation and private appeal to Véra, a week later; Véra’s several letters in response to the poem’s publication, starting seven weeks or more after they met; and then, after “all your letters,” as Nabokov writes, and about twelve weeks after they had met, his first enchanted letter directly to her. Schiff does not understand how Véra and Vladimir enticed each other into their correspondence and their life together.’

In times of e-mail and text messages this is less urgent, but for those who still write letters: please, date your letters correctly. Or if you want to confuse your biographers and/or would like to be gentle with the emotions of your future significant other, date your letters incorrectly.