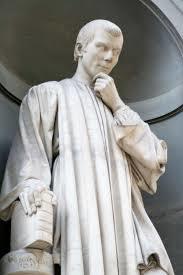 Friedman on Netanyahu and Israel in Wednesday's Times:

'Describing Netanyahu’s dumping of Yaalon for Lieberman, Yediot Aharonot columnist Nahum Barnea wrote, “Instead of presenting to the world a more moderate government ahead of the diplomatic battles to come in the fall, Netanyahu is presenting the most radical government to ever exist in Israeli history.”

Yaalon himself warned, “Extremist and dangerous forces have taken over Israel and the Likud movement and are destabilizing our home and threatening to harm its inhabitants.” Former Labor Defense Minister Ehud Barak said, “What has happened is a hostile takeover of the Israeli government by dangerous elements.” Former Likud Defense Minister Moshe Arens wrote in Haaretz that Bibi and his far-right cronies “insulted not only Yaalon, they insulted the I.D.F. [Israeli Army]. It’s a people’s army.”'

As was the case with Iran once again the military establishment in Israel speaks out against "Bibi and his far-right cronies" in the government.

Soldiers and officers who know the realities of war are often more prudent than politicians for whom war is just another Machiavellian gamble.