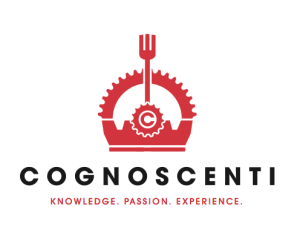 Jean Pisano-Ferry on cognoscenti and their adversaries:

'Yet the warnings were ignored. A pre-referendum YouGov opinion poll tells why: “Leave” voters had no trust whatsoever in the advice-givers. They did not want their judgment to rely on politicians, academics, journalists, international organizations, or think tanks. As one of the Leave campaign’s leaders, justice secretary Michael Gove, who is now seeking to succeed David Cameron as Prime Minister, bluntly put it: “people in this country have had enough of experts.” Baltic Air Policing detachment NATO After Brexit

In the run-up to the Alliance’s Warsaw summit, John Andrews assesses the views of Wolfgang Ischinger, Yuriko Koike, Javier Solana, and others on the three main challenges it faces.

It is tempting to dismiss this attitude as a triumph of passion over rationality. Yet the pattern seen in the UK is oddly familiar: in the United States, Republican voters disregarded the pundits and nominated Donald Trump as their party’s presidential candidate; in France, Marine Le Pen, the leader of the far-right National Front, elicits little sympathy among experts, but has strong popular support. Everywhere, a significant number of citizens have become hostile to the cognoscenti.'

'Third, economists should move beyond the (generally correct) observation that such distributional effects can be addressed through taxation and transfers, and work out how exactly that should happen. Yes, if a policy decision leads to aggregate gains, losers can in principle be compensated. But this is easier said than done.
In practice, it is often hard to identify the losers and to find the right instrument to support them. To argue that problems can be solved without examining how and under what conditions is sheer intellectual laziness. To tell people who have been hurt that they could have been spared the pain does not give them any less reason to complain; it just fuels resentment of technocratic experts.'

It's not hard to sympathize with Mr. Pisano-Ferry's argument, but there appears to be some bias in his argument as well: in the end voters are rational agents i.e. they follow their economic interest. But how can we be sure that passion doesn't triumph? Mr. Pisano-Ferry dismisses this idea without taking passion seriously.

If distributional effects can't be addressed through taxation and transfers, how can they be addressed?

And I'm not convinced that twenty or thirty years ago there weren't that much "losers" (this is the word Mr. Pisano-Ferry is using but it's slightly unfortunate) in Europe or the US.
Is the group of "losers" growing? Are they worse off than thirty years ago?

To come up with (only) economic explanations for the rise of populism is typically a bias of the economist, but one could also argue that it is vulgar marxism.