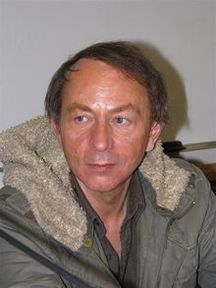 Last night, in a bookstore in Hengelo during the break of the soccer game between Portugal and Wales a man in the audience asked: "What do you think of Ronaldo?"
Well, I have opinions about many things (some readers would call me opinionated, I consider myself a generalist) but I had nothing to say about Ronaldo.
Later I realized (with the help of my beloved one) that I had completely forgotten that Ronaldo used to be a model for Armani underwear.
We should have more writers posing for Armani Underwear (also octogenarians) -- I for one would love to see Michel Houellebecq as a model for Armani Underwear.