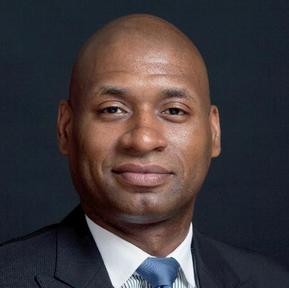 A friend alerted me to this article by Charles M. Blow in the NYT:

'Interpersonal racism, when it exists, is only one part of the equation. Another part is systemic, structurally racist policies, and yet another is class conflict between the police and the poorest, most dangerous communities they patrol, and between those who are better off and those who are not. That strand is nearly absent from this conversation altogether.'

'No, this issue is about everyone. We have areas of concentrated poverty in our cities in part because of a long legacy of discriminatory urban policies. We don’t sufficiently address the effects of that legacy, in part because it is rooted in a myth of racial pathology and endemic poor choice. We choose to be blind to the policy choices our politicians have made — and that many have benefited from, while others suffered — while simultaneously holding firmly to the belief that all of our own successes and comforts are simply the result of our and our families’ drive, ambition and resourcefulness. Other people lack physical comforts because they lack our character strength.

It is from this bed of lies that our policing policies spring. When the president says, “We tell them to keep those neighborhoods in check at all costs,” who is the “we”?'

“These officers risk their lives for $40,000 a year. Forty thousand dollars a year. And this is not sustainable, not to support these people. We’re not perfect. There’s cops that don’t need to be cops. I have been the first to say, we need to separate employment with those types of cops — 1 percent or 2 percent. The 98 percent or 99 percent of cops come to work, do this job, come to work for 40 grand. It’s not sustainable.”

Russel Honoré, a retired Army lieutenant general, on Monday told the CNN anchor Don Lemon: “We ask a lot from our police in terms of sacrifice. You know, in Baton Rouge, the starting salary for a police officer, less than $31,000.” Alton Sterling was killed last week by the police in that city.

“Matter of fact, their pay would go up if the federal minimum wage was passed, $15 an hour. They make less than $15 an hour. We ask a lot from these young police officers which means, Don, they’ve got to get another job. They have to have a second job to support their families, most of them. We’ve got to take that stress off of them, too. So we got to make sure they’re properly trained and they don’t have to work all this overtime so they can maintain their family. A stressful police officer who’s working another 30 hours overtime a week is coming to work tired. And he’s stressed out. We’ve got to fix that.”

We take this underpaid and highly stressed group of officers, with guns and any biases they may harbor, explicit or implicit, and flood disadvantaged communities with them, where uncivil behavior can often take root, and then “we feign surprise when periodically the tensions boil over.”'

Yes, interpersonal racism is only part of the equation. There's class conflict between the poorest communities and the police. And this article makes clear that many of the police officers are only slightly better off than the underclass.

Is all of this happening in my name? In a democracy probably yes.

We are the we. But if this is the case can we still make a distinction between soldiers and civilians? If "we" send soldiers to Afghanistan and Iraq aren't "we" also fair game for the enemies of these soldiers?

My answer would be, with some hesitance: no.

"We" is a dangerous concept. I'm all in favor of accepting responsibility, but if we are the we then the police officers and soldiers can easily say: "I don't accept any responsibility, I'm just being sent." To paraphrase Brando in Apocalypse Now: "You're an errand boy, sent by grocery clerks."

Are we the grocery clerks? Are the cops and the soldiers our errand boys?