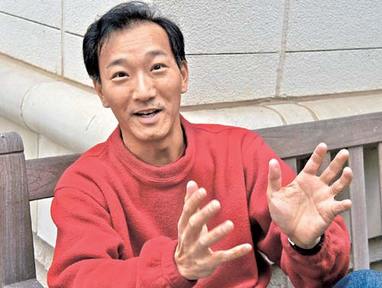 'SPIEGEL: Once you even tried to take your own life.

Ono: You are talking about the incident in Montana. It's in my book. I had never told anybody about it, not even my wife Erika.

Ono: Well, I don't consider myself to be a suicidal person. It was a moment of weakness, at the deepest point in my life. It was in 1992. I had just finished my thesis, and then there was this conference in Montana. I was to give my first real lecture. My wife is from Montana, so I thought I'd impress them and then they would surely give me a job. It's a bit foolish, but Erika and I had even talked to a banker about a loan for a house.

SPIEGEL: And then came the lecture ...

Ono: It was a disaster. Nobody at the University of Montana thinks about number theory, and I tried to impress them by giving them the details I was most proud of. This is a common mistake that you make when you're young. Nothing I said after the first two or three slides made any sense to the audience. People were falling asleep during my talk. What made it worse was there was a grumpy professor who came up to me and said: "You wasted my time!"

SPIEGEL: Which was probably the worst thing he could have said to you at that moment.

Ono: You named it. It was terrible. Soon thereafter I drove my Hyundai Excel to a social event at a nearby college and I thought, "It seems you are destined to fail." I had given my best in my thesis and what had I accomplished? Nothing. I had wasted the time of the audience. I was so depressed. I remember there was this long, straight road. It was raining. And then there was this logging truck coming the other way. "I should just end this," I said to myself, and then I steered over the yellow line, headlong into this truck.

SPIEGEL: And then what happened?

Ono: Quite honestly, I can't tell you. He started blaring his horn. And the next thing I remember is me in my car on the shoulder on my side of the road and the windshield wiper is going back and forth. Was it a minute later or 20 minutes? I really don't know.'