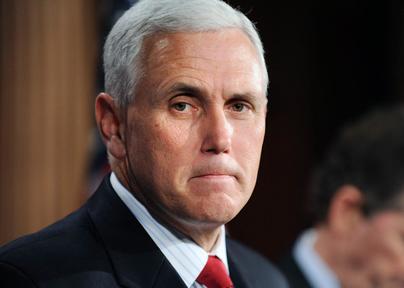 On ridiculing veterans (and the constitution) -- Alexander Burns, Maggie Habermas and Ashley Parker in NYT:

'The Republican vice-presidential nominee, Gov. Mike Pence of Indiana, appears to be in a particularly awkward position in the uproar. His son is a Marine, a fact he mentions frequently. Mr. Pence’s ability to navigate a racially charged argument between Mr. Trump and a Gold Star family is emerging as his first difficult test as Mr. Trump’s running mate.

For most of the weekend, Mr. Pence was silent. His aides referred inquiries to Mr. Trump’s staff, and his lone public comment was a Twitter post about getting his hair cut in Indianapolis.

Late Sunday, Mr. Pence issued a statement sidestepping Mr. Trump’s criticism of the Khans. He expressed appreciation for the family’s sacrifice and reiterated his support for blocking immigration “from countries that have been compromised by terrorism.”'

Would it be really that bad for democracy if (some) candidates stick to updates about their hair cuts?