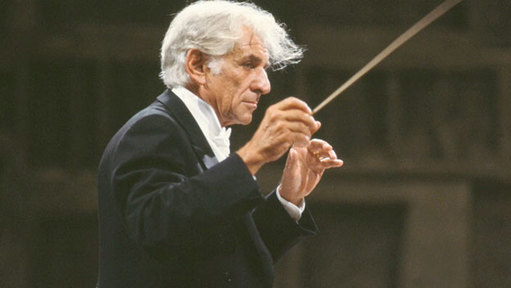 Tonight I spoke briefly about Leonard Bernstein in the Concertgebouw in Amsterdam, after that the orchestra played his first symphony and excerpts from "West Side Story".

I quoted with delight from this song Bernstein wrote when he was 24:

The audience appeared to be amused with Bernstein's sense of irony, but when we went home my girlfriend said: "I don't think I liked Bernstein very much." Probably this had do more with his promiscuity than with his sense of irony, although they may be connected.