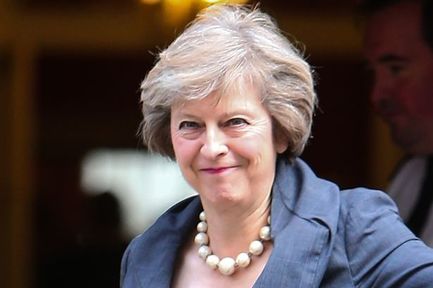 Anthony Lane in The New Yorker on May and Trump:

"Whether the Queen took the precaution of stripping the Ceaușescus’ guest room bare before they showed up, leaving only the wallpaper, the water jug, and a copy of George Orwell’s “1984,” we cannot know. But, whatever you make of Donald Trump, domestic larceny will surely not be a cause for concern. If anything, he seems likely to bring his own fixtures, lest those furnished by Buckingham Palace strike him as insufficiently fantastic. One thing that’s certain is that he will enjoy the coach—the horse-drawn Diamond Jubilee coach, that is, in which he and the monarch will, as custom requires, process down the Mall. There is a lot of gold going on in that coach. It may be the goldenest thing he ever took a ride in. The best."

Perhaps POTUS should abandon Air Force One and insist on a horse-drawn golden carriage. After slow food it's time for slow POTUS.

But then again, for most politicians POTUS is a blessing. Compared to him they seem like reasonable and honest characters.