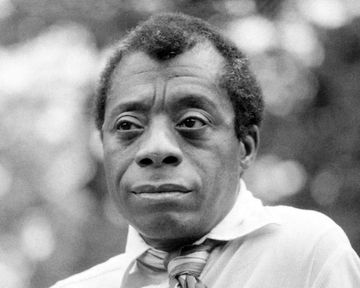 'It’s Baldwin’s voice—his luminescent words describing and analyzing dark matters—that ties together Raoul Peck’s latest film, “I Am Not Your Negro,” which is about many things, including the writer’s relationship to racial politics and the fantastic yet undermining power of the cinema’s racially defined images. One of the chief pleasures of the movie is watching Baldwin, who died in 1987, appear on talk shows and in public forums: he had an extraordinary physical presence, of a piece with his singular mind. We watch him because he saw us, wanted to see us,' Hilton Als writes in The New Yorker.

In one of the scenes Baldwin is discussing race with a rather obnoxious white philosopher and strangely enough it's only then that you realize that not much has changed in a couple of decades. Not enough at least. Or if you want to be more optimistic we should say: we are impatient.