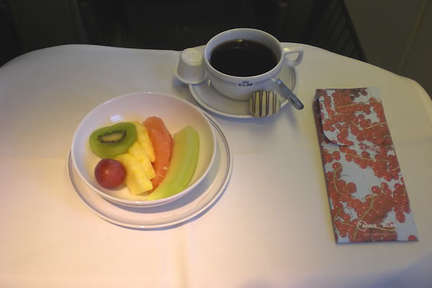 On the KLM flight from Amsterdam to New York a flight attendant approached. "Mr. Grunberg," she said, "would you be so kind to switch seats with the gentleman next to you? He has some back problems, and he'd like to have an aisle seat, so he can get up as often as possible."
"Of course," I answered.
But the gentleman next to me had changed his mind. He said: "I will keep this seat."
At the end of the flight the flight attendant approached me again. "Can we take a picture of you?" she asked.
"Of course," I said.
I followed her into the "kitchen" and I put my arms around her and a fellow flight attendant.
She didn't appear to have read any of my books or columns. Maybe she mistook me for somebody else, but it was one of the more pleasant misunderstandings.
Most pleasure is the result of a misunderstanding.