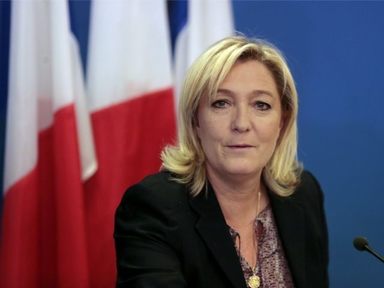 The Guardian on the French elections:

'The Macron-Le Pen final marks a redrawing of the political divide, away from the old left-right divide towards a contest between a liberal, pro-globalisation stance and “close the borders” nationalism. Le Pen has styled her election campaign as between her party’s “patriots” and the “globalists” she says Macron represents. As the geographer Christophe Guilluy has noted: “The rift between the global market’s winners and losers has replaced the old right-left split.”

From her northern heartland in the former coal-mining town of Hénin-Beaumont, Le Pen described herself as the “candidate of the people” against Macron, who she suggested represented the “arrogant elite” who hold “money as king”. She said that with her, France could “at last hold its head high”. She added: “It’s time to free the French people from the arrogant elite.”'

Disguised racism and disguised anti-Semitism are still the favorite and often very effective tools of the far right.