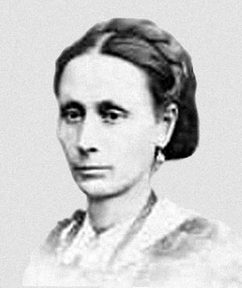 My girlfriend liked this essay about female serial killers in an old issue of The New Yorker:

'“She’s likely to be in her twenties or thirties, middle-class, probably married, probably Christian, probably average intelligence,” Harrison said. “I just described, you know, your next-door neighbor.” (Something similar is true of male serial killers, who tend to possess average intelligence and work blue-collar jobs. Very few are legally insane.) Altogether, the women on the list had killed at least three hundred and thirty-one people, an average of six victims each. More than half had murdered children, and a quarter had targeted the elderly and infirm. Female serial killers also appear to have become more common over the years. Harrison’s team identified thirty-eight who were active in the United States between 1965 and 2014, compared with just fifteen during the preceding fifty years. That’s an increase of more than a hundred and fifty per cent, although, Harrison noted, it’s possible that serial killers are simply more likely to be caught in the modern era.

The details of the women’s crimes differed notably from those committed by men. Nearly all of the women in Harrison’s study had killed people whom they knew, often targeting their husbands and children. Male serial killers, in contrast, appear much more likely to kill strangers. Whereas the most common motive for male serial killers is sex, female murderers were most often driven by money; almost half of the women in Harrison’s sample killed for financial gain. And poison was by far their preferred method; male murderers are most likely to shoot, strangle, or stab their victims.'

In her twenties or thirties, middle class, average intelligence. Probably the same could be said about many terrorists.

It's safe to state that octogenarians are less likely to kill than people in their twenties or thirties. Bloodthirstiness and sex drive just diminish after 65.