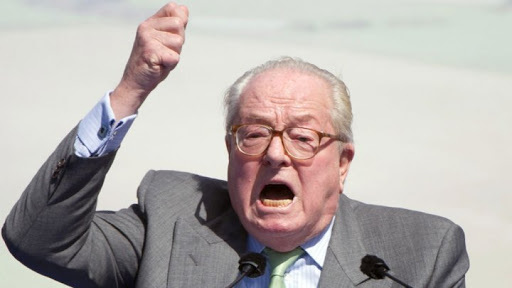 Adam Nossiter in NYT on Le Pen, the past and some stains:

'But Ms. Le Pen’s challenge was different because French history is different. She has spent the last six years as president of the National Front single-mindedly focused on one objective: erasing the stain of her party’s association with the ex-collaborationists, right-wing extremists, immigrant-hating racists and anti-Semites who founded it 45 years ago.

She knew — as her father, the party patriarch Jean-Marie Le Pen, always refused to acknowledge — that she would always be a minority candidate as long as she reminded the French of perhaps the greatest stain in their history, the four years of far-right rule during World War II. Inside and outside the party this process was called “undemonization” — a term suggesting the demons still associated with her party. The French do not want them back.'

That's the extreme-right today, trying to erase the stain in order to make new stains.