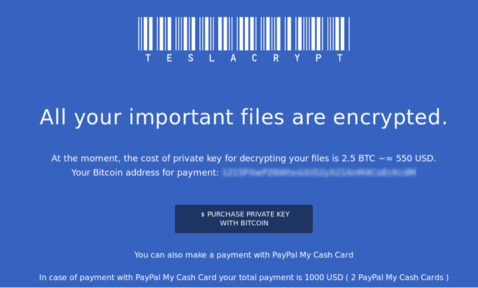 The Guardian on the global hack:

“If @NSAGov had privately disclosed the flaw used to attack hospitals when they found it, not when they lost it, this may not have happened,” he said.

“It’s very easy for someone to say that, but the reality is the US government isn’t the only one that has a stockpile of exploits they are leveraging to protect the nation,” said Jay Kaplan, CEO of Synack, who formerly worked at the NSA.

“It’s this constant tug of war. Do you let intelligence agencies continue to take advantage of vulnerabilities to fight terrorists or do you give it to the vendors and fix them?”

The NSA is among many government agencies around the world to collect cyber weapons and vulnerabilities in popular operating systems and software so they can use them to carry out intelligence gathering or engage in cyberwarfare. The agency did not immediately respond to a request for comment.

Ransomware is a type of malware that encrypts a user’s data, then demands payment in exchange for unlocking the data. This attack was caused by a bug called “WanaCrypt0r 2.0” or WannaCry, that exploits a vulnerability in Windows. Microsoft released a patch (a software update that fixes the problem) for the flaw in March, but computers that have not installed the security update remain vulnerable.'

Ransomware is the continuation of Mafia methods with slightly different means. But the core remains the same: blackmail, money in exchange for protection. the questions remains: who is behind the Mafia, who's the Mafia?