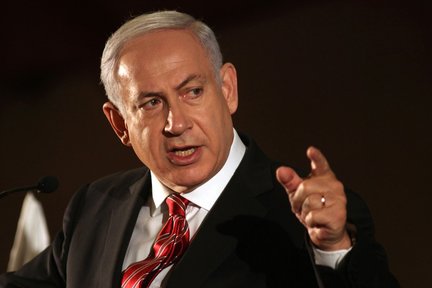 Yossi Alpher on Israel, Trump and Machiavelli in the NYT:

"One complication is all the attention on the investigation in Washington into possible collusion between the Trump presidential campaign and the Kremlin. Mr. Trump’s decision to fire the F.B.I. director, James Comey, has only intensified the concerns and suspicions. One of the concerns for Israel and the United States is whether the president’s disclosure of top-secret information to the Russian foreign minister and ambassador should be interpreted as a continuing connivance with Moscow.

A second complication concerns relations between Russia and Israel. Mindful of the potential hazards created by the civil war in Syria, the two countries already maintain close contact and consult on tactical issues of mutual interest. Indeed, for all we know, it is possible that Israel had already shared the intelligence leaked by Mr. Trump directly with the Russians.

However, Israel and Russia do not by any means agree on all Syria-related issues, and here, Israel may soon need Mr. Trump’s good offices in Moscow. Russia, in alliance with Iran, has rescued the Assad regime from likely defeat at the hands of a variety of Syrian rebels. One outcome of this may well be the establishment of not only Russian but possibly also Iranian bases in Syria. Iran is an existential enemy of Israel."

"Mr. Trump’s visit to Jerusalem next week provides Israel’s prime minister, Benjamin Netanyahu, with an opportunity to seek American backing on this issue. Mr. Netanyahu will want to recruit Mr. Trump to persuade Russia to keep Iranian militias far from the Golan border. In this context, the president’s intelligence leak introduces an element of doubt and mistrust that can make the Israeli prime minister’s task only more complex and delicate.

But he may also discover an upside. Viewed through a Machiavellian prism, American embarrassment over the leak provides Mr. Netanyahu with a little extra leverage in his dealings with Mr. Trump next week. In the wake of Mr. Trump’s recent meeting with the Palestinian leader Mahmoud Abbas and meetings with other Arab leaders, there is a strong sense here that Mr. Trump is likely to spring a surprise on Israel involving an effort to restart the peace process. The anxiety for Mr. Netanyahu is that he might find himself under pressure to make concessions — on settlements in the West Bank, for example — that his own Likud Party and its coalition partners would reject.

No question, Mr. Trump has caused totally unnecessary damage. But does that mean he now owes Israel a favor that Mr. Netanyahu can call in?"

That's the big question, POTUS owes favors to whom exactly?