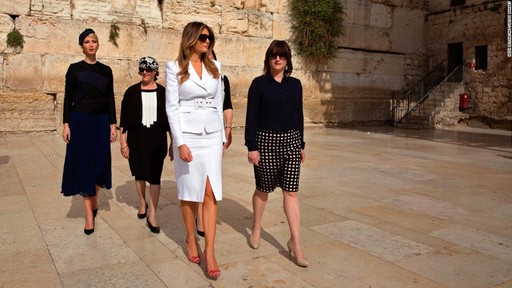 'The anecdotes are revealing. The employees at the National Security Council, who brief the president about military and intelligence issues, have reportedly begun to put the word "Trump" into as many paragraphs as possible in their briefings because he keeps reading when his name appears. Trump is 70 years old, his attention span is famously short. And he continues to use cable news rather than dry intelligence briefings as his main source of information.

Many White House aides and Republicans are concerned about the degree to which the president still obsesses about the past, including about his election victory, instead of concentrating on his legislative agenda. Trump is so enchanted with his win that he has had an oversized map hung in the West Wing, according to the New York Times, dark red, showing electoral results not by state, but by electoral district. He gives visitors copies of the map, he has a whole pile. And he likes to brag about it not only in public, but in meetings with other heads of state.

It is becoming increasingly apparent that the only goal of Trump's candidacy was the victory itself - demonstrating that he could win - rather than living up to his promises to his voters regarding health care reform or job creation. This is why Trump is obsessed with the critics he sees as trying to diminish his victory by reminding him that he didn't win a majority of the votes. This is why the investigation of Russian influence in the election makes Trump so angry. He sees it as an attempt to undermine the legitimacy of his triumph, something for which he believes he is not being praised enough.'

Isn't this the goal of most politicians? Victory itself. Trump may be unique, but not because his goal was victory and nothing but victory.