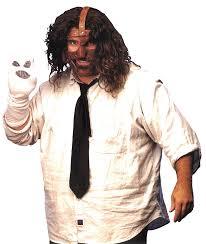 Yesterday I had a discussion with a friend about this insightful article in NYT by Thomas B. Edsall:

'Instead of trying to bridge these gaps, as two of my Times colleagues, Alexander Burns and Jonathan Martin, wrote earlier this week, there is a “growing tension” between the Democratic Party’s “ascendant militant wing and Democrats competing in conservative-leaning terrain.”

The “ascendant militant wing” — a colorful, if controversial, description of the Sanders-Warren wing of the party — has the moral high ground within Democratic ranks but the votes they want the party to seek are those of some of the least reachable constituencies — white men and women whose views on immigration, race and political correctness are in direct conflict with liberal idealism. It would be an extraordinary challenge to get these particular voters to join with minorities and progressive activists.'

A challenge? That's a beautiful euphemism. Mankind is the great obstacle to progress. In democracies the obstacle is called voters.

Of course we could get rid of mankind, in the name of progress. Or another lofty ideal.