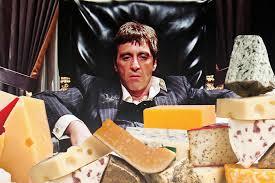 Christina Breda Antoniades on dating and cheese in The Washington Post:

"A few years later, I took over from Date Lab's editors as matchmaker in chief, tasked with pairing dates based on nothing more than their photos and their sometimes candid, sometimes, elusive answers to questions that range from the silly to the slightly intrusive..."

"With every match, we’ve learned a little something about why some pairings take off — and why some go down in flames. We know that shared hobbies will break the ice but won’t get you out of the friend zone; that height matters more often than not; that an avid exerciser probably won’t click with a couch potato; that a mismatched sense of humor will heighten the already high awkwardness potential of a blind date.

But we’ve also learned that there are always surprises. Sometimes it’s a lifestyle mismatch that we learn about only after two people have spent hours getting to know each other. (When we set you up with a vegan we didn’t know you had a cheese addiction, dater!) Sometimes the chemistry-crushing surprise remains a mystery, even after the date. I still have no clue what prompted a dater to flee after the salad course (a.k.a. the Great Bathroom Disappearing Act)."

An openminded vegan should be able to deal with a cheese addicted partner, but it was the fleeing after the salad course that intrigued me.

How many people would not want to flee after the first course, even when they are not on a date? But they have let's say a dinner with their in-laws, or a family dinner or an outing with the company.

The Great Bathroom Disappearing Act should become a Human Right.
Humans are entitled to flee after the first course. (Of course somebody has to stay to pick up the check, but that's a minor detail.)