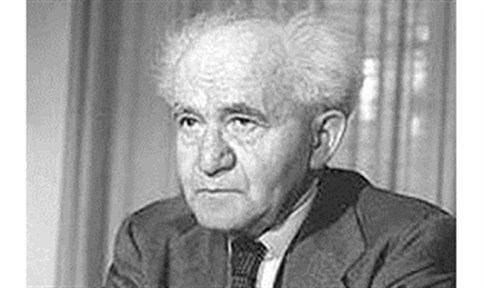 And now something on Zionism. Anshel Pfeffer in Ha'aretz on common misunderstandings:

'Despite the -ism in its name, Zionism was never an ideology, it was a program. For the 66 years of its existence there were heated debates over Zionism’s justification, objectives and the best means for achieving them. They ended on May 14, 1948, when an independent Jewish state was established on part of the ancient homeland.
The implications of Israel's establishment and its historic role as an exclusive haven for Jews need to be addressed. But these are contemporary questions of security, borders, human rights, immigration policy, state and religion, not a debate on the validity of Zionism. That was resolved nearly 70 years ago and has no relevance today.'

'Many of those on the left who are now denying they are Zionists would probably approve wholeheartedly of the intellectuals of Brit Shalom who, in the 1920s, called for a bi-national Jewish-Arab state in Mandatory Palestine and accused the rest of the Zionist establishment of perverting Herzl's vision. The enlightened German-born professors who founded both Brit Shalom and the Hebrew University in Jerusalem claimed to be the "true Zionists."
In an alternative history, where Brit Shalom had found sufficient support among Arabs and Jews for their aspirations and we were living today in bi-national state, today’s ex-Zionists would have been proud to call themselves Zionists.
But events worked out differently, and the Zionist program took a different course. Brit Shalom disbanded in 1933, after failing to find either Jewish or Arab interlocutors. I suppose today’s "ex-Zionists" could claim that Zionism "died" then. But it still has no relevance to today’s issues.'

'In 1947, when the United Nations was about to vote on the partition of Palestine to two Jewish and Arab states, it wasn’t just the Arabs who were against. The United Zionists-Revisionists of America published a full-page ad in the New York Times, denouncing the UN resolution as "the end of the great Zionist dream." One of those who drafted and signed the ad was "Dr B. Netanyahu." Those pronouncing today the death of Zionism will be heartened to learn that Bibi’s father announced its demise 70 years before them.
Announcing that you’ve had it with Zionism, whether from left or right, is infantile virtue-signaling – a substitute to seriously contending with the very immediate problems facing Israel. The only way you can abandon Zionism is if you are at least 85 and were politically active when Zionism was still relevant.'

Zionism is a program, not an ideology. Pfeffer is right. The implementation of that program turned out to be quite different than Herzl once had envisioned, but alas.

To discuss Zionism nowadays is like discussing the Austrian-Hungarian empire as if the assassination in Sarajevo never happened.