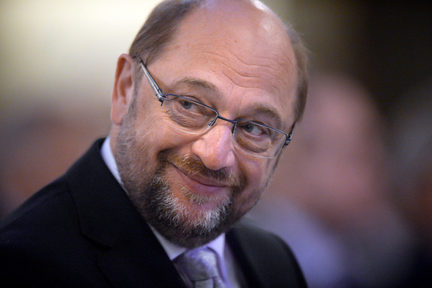 "SPD head Schulz, meanwhile, will embark on Monday on a mini-tour through Germany to speak to the party base -- a trip that promises to be a difficult one. The party is extremely wary of yet again playing second fiddle in a Merkel-led government, and without approval from delegates to the special party convention set to take place a week from Sunday in Bonn, the SPD will be unable to enter formal coalition talks.

Furthermore, Schulz isn't just fighting for a coalition with Merkel and Seehofer, he is also fighting for his own future as party head. If the convention should vote against formal coalition negotiations with the conservatives, he would likely be forced to step down -- and the party's entire senior leadership would come under pressure to do the same. That, in turn, would put Merkel's own hold on power to the test: Two failed attempts at assembling a government could prove to be too much to withstand. And Seehofer would be in the same boat.

As such, Schulz won't just be battling for his own future next week, but also for the futures of the leaders of the CDU and CSU. Indeed, it's no accident that Seehofer on Friday wished Schulz the best of luck for the week that lies ahead."

Schulz as the savior of Merkel, Seehofer and the nation. That's what I call a comeback.