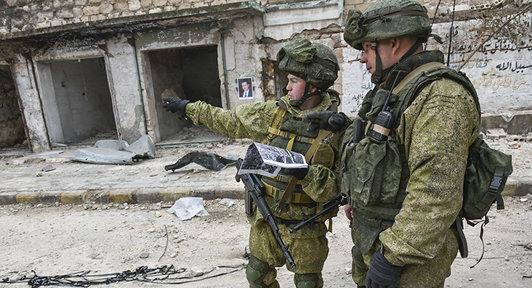 '"The war is gradually coming to an end. Assad has won, and he is going to stay," Robert Ford, the last U.S. ambassador in Damascus says, summing up the situation. He now works at the Middle East Institute in Washington.

Assad owes his political survival to the Iranians and the Russians. The Russian air force was responsible for turning things around. Both nations are likely to establish lasting military presences in Syria in the near future, and President Putin is probably the one who can exert the most influence in Damascus. However, Assad's allies disagree on how to proceed. Putin wants a peace settlement supported by international institutions like the United Nations, which may also include the opposition's participation in the government. Tehran, on the other hand, has no interest in a solution that would weaken Assad's power. They also disagree on the future role of the Kurds in the country. Russia considers their right to self-administration justified, while Iran does not.'

I still believe that Obama made the right decision to not invade Syria. But we have to conclude that Russia and Iran won the war in Syria, at least this chapter. Assad is merely a puppet, a bloodthirsty puppet.

Now we will see where and when Iran will clash with Russia. We already know that Turkey would not have started a military operation against the Kurds without Russia's consent.