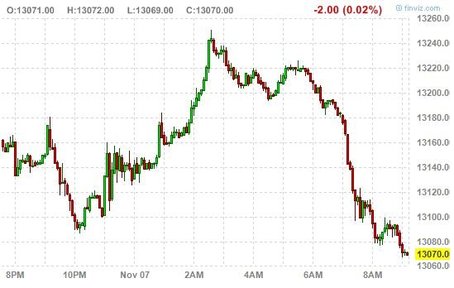 Don't despair, even Paul Krugman has a sense of humor and healthy irony:

'The great economist Paul Samuelson famously quipped that the stock market had predicted nine of the past five recessions. That 1987 crash, for example, was followed not by a recession, but by solid growth.'

'Meanwhile, the current secretary of the Treasury — who declared of Davos, “I don’t think it’s a hangout for globalists” — may be the least distinguished, least informed individual ever to hold that position.

So are we heading for trouble? Too soon to tell. But if we are, rest assured that we’ll have the worst possible people on the case.'

If we have the worst possible people on the case it can only get better. And for further solace we have Mr. Samuelson.