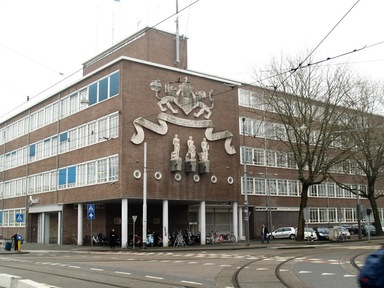 A meeting with a spokesperson and a police officer at the Amsterdam Police Department about racial profiling.
The officer said that the official guidelines are clear, racial profiling is illegal. But he admitted that it is hard to get rid of this habit, also because cops can use their discretion in deciding who they are going to pull over.
And he added: "We made it easier for citizens to complain."
The Dutch electorate voted for a tougher police corps, but the police officers - at least some of them - appear to understand that this has many negative side effects, for society and for the police.