As we know it 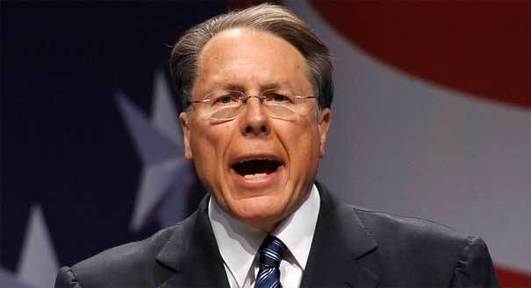 'Again and again in his speech to the Conservative Political Action Conference (CPAC) in Maryland, LaPierre identified the enemies of the NRA, and of America, as Jews - from Karl Marx to Bernie Sanders, from Hungarian-born Holocaust survivor George Soros to former New York mayor Michael Bloomberg. LaPierre singled out Senate Minority Leader Charles Schumer of New York as one of the Democrats who are "liars to the core."

"History proves it. Every time, in every nation in which this political disease rises to power, its citizens are repressed, their freedoms are destroyed, and their firearms are banned and confiscated. It is all backed in this country by the social engineering, and the billions, of people like [philanthropists of Jewish lineage] George Soros, Michael Bloomberg, Tom Steyer, and more."'

"President Trump's election, while crucial, can't turn away the wave of these new, European-style Socialists bearing down upon us." First on LaPierre's list - Bernie Sanders.'

History proves, it is hard to distinguish the Bolshevik from the Jew. But the NRA loves to dabble in the worst periods of the 20th Century, in their quest for inspiration and enemies.