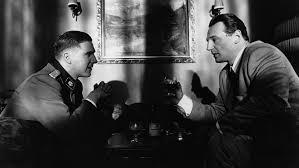 25th anniversary of "Schindler's List" in the Beacon Theatre in New York. The movie was better than I remembered, especially Ralph Fiennes as Amon Goeth was impressive.
The discussion afterwards was slightly disappointing, Janet Maslin turned out to be a rather hapless interviewer.
The most interesting thing was that Mr. Spielberg said that certain scenes were basically not so much about acting but about reenacting traumatic experiences. (He didn't use the word "reenacting".) He then mentioned the "selection scene" in the camp Acting is a homeopathic dose of the traumatic experience? Both for the actor and the audience? And where and when exactly becomes the dose too high, for actor and audience? This last question didn't come up, but Mr. Spielberg said that some actors had to rest for two days after playing certain scenes.