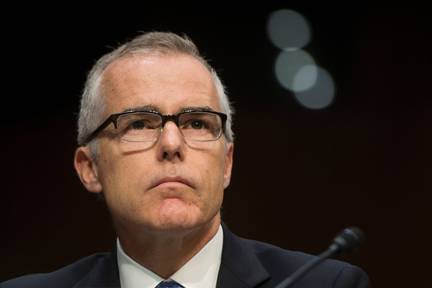 Jeffrey Toobin in The New Yorker on impeachment and Trump:

'Jamie Raskin, a first-term Democrat from Maryland who was recently named vice-ranking member of the Judiciary Committee, told me, “It’s hard to think of a more impeachable President in American history.” As the only constitutional-law professor who is a voting member of Congress—he teaches at the law school of American University—Raskin has been adding intellectual heft to the impeachment effort. “By firing Comey and waging war on the special counsel, Trump has become the master of obstructing justice,” he told me. “I have a thick notebook of obstruction-of-justice episodes.” He listed, among other things, Trump’s threats against Attorney General Jeff Sessions; Rod Rosenstein, Sessions’s deputy; and Andrew McCabe, the former deputy director of the F.B.I. Raskin said, “It’s only because we’re waist-deep in the Trump era that we forget how completely radical and beyond the pale it is to have the President directly threatening the people who are involved in a criminal investigation of him.”'